Air conditioning systems for buildings may rely on either a liquid such as water, or air as a distribution medium. Conditioned air is typically distributed by duct and chilled water is distributed by pipe.

Chilled water systems are most commonly used for air conditioning large buildings. The reason for this is it is more efficient and economical to transfer (or remove) heat by water than by air. This is due to the higher heat capacity water has and the fact pipes that carry water are smaller and take up far less space. A third advantage of chilled water is the flexibility for zone control. 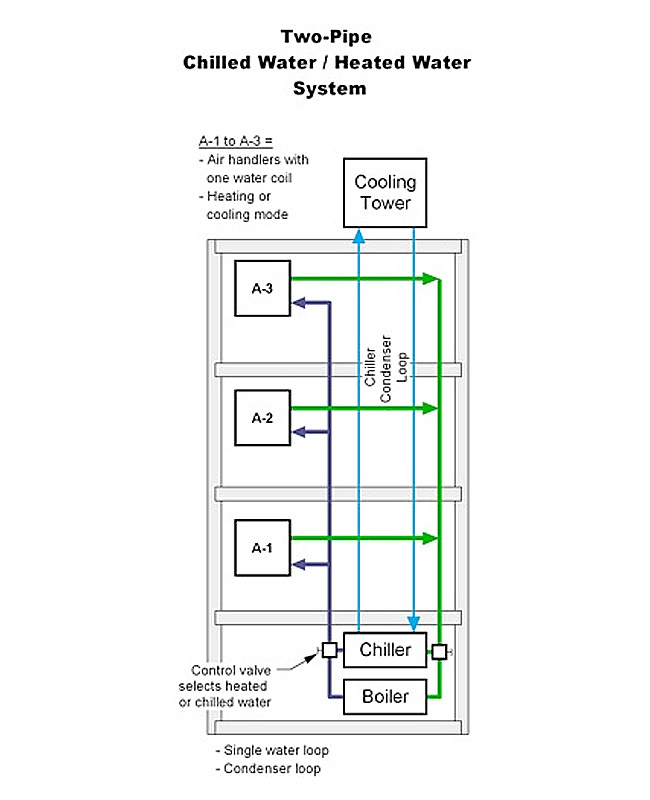 These are reasonably energy efficient. In a two-pipe system, there are only two pipes connected to the air handlers, chiller and boiler. 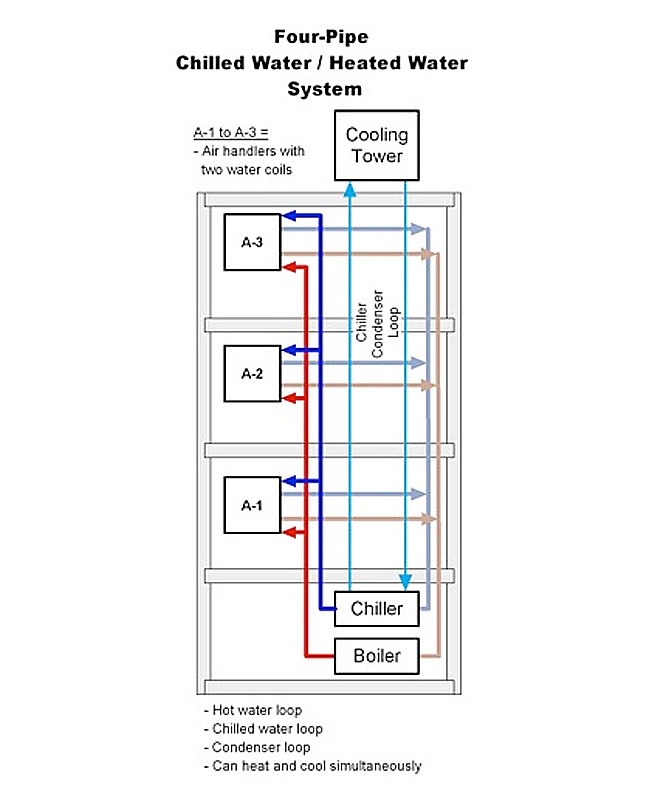 Often referred to as water source heat pumps, they are more versatile than their two-pipe counterparts.

This is because four-pipe systems contain a separate pipe system for the heating portion of the unit and a pipe system for the cooling portion of the unit. Since the heating and cooling systems run on two separate piping systems, the HVAC unit has the ability to heat and cool at the same time. The unit does not need to be switched from heating to cooling or cooling to heating prior to seasonal changes.

It also means that if unseasonably warm or cold weather occurs, the HVAC system will be able to maintain the proper indoor temperatures to keep your residents comfortable.

If you have any questions then please get in touch